When you’re thinking of neighborhoods to move into, Atlanta may not be the first place you have in mind.

Still, you don’t want to completely leave out Atlanta as an option. As you can guess from the title of this piece, Atlanta has its fair share of neighborhoods where you don’t have to worry about the safety of your family. Whether you’re a young professional or an old retiree, there’s a place in the A-Town for you.

As an experienced local Atlanta property management company we were able to compile a list of the best neighborhoods Atlanta has to offer.

The Safest Places to Live in Atlanta 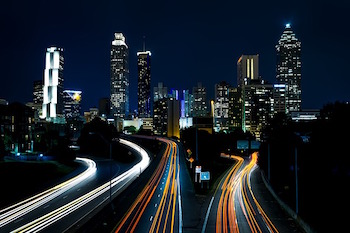 Located in the northeastern suburbs of Atlanta, Brookhaven has a population around 49,000 and is the county’s largest city.

You’ll find a mix of old and new on Brookhaven’s streets. The city has plenty of hundred-year-old mid-century ranch homes, summer bungalows, cottages and newer buildings in construction.

Nearly 60% of Brookhaven’s more than 8.5 square miles consists of single-family residences. Typically, a Brookhaven home costs around $1 million, especially those flanking the west side of the historic Capital City Club.

The median household income is just under $89,276. 26% of the residents are young professionals, and approximately 15% are over 55 years old.

Vinings is one of Cobb Country’s most sought-after areas. Nestled in the Atlanta suburbs just northwest of Downtown Atlanta, Vinings is a popular place for families looking for some dose of Southern charm. The local population is just under 10,000 people.

Vinings is an unincorporated census-designated place that’s about 3.3 square miles. It is bounded on the north and south by Cumberland Boulevard and Log Cabin Road, and the west and east by 1-285 and the Chattahoochee River, respectively.

Being close to attractions like the Cumberland Shopping district, the Silver Comet Trail, and the Cobb Energy Performing Arts, Vining residents have plenty of options for exploring and shopping. Residents also have easy access to the Rails to Trails project and the Chattahoochee River National Recreational Area.

Also known as Briarcliff, Druid Hills is located northeast of downtown Atlanta and is accessible via Freedom Parkway and Ponce de Leon. It’s a tight-knit community and is one of the city’s most opulent neighborhoods.

The city was Atlanta’s first suburb and was developed by Joel Hurt during the late 19th and 20th centuries. The Druid Hills neighborhood is composed of four national register districts: University Park-Emory-Highlands-Emory Estates, Cameron Park, Druid Hills and Emory Grove.

The houses come in classic styles like Jacobean, Tudor, Georgian and Italian Renaissance. Most of them are small bungalows and mansions. There are plenty of great schools, as well as green open spaces, in the area. 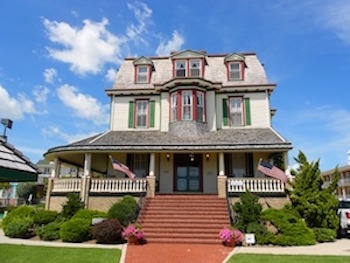 With its fusion of college-town cool, in-town diversity and small-town quaintness, Decatur was honored by the American Planning Association as a top 10 great American neighborhood.

Decatur is located east of Atlanta and has recently become a safe haven for families, young couples, and single professionals. This is because of its beautiful historic homes, low crime rate and an acclaimed school system.

Residents in Decatur enjoy activities all year round. They include:

According to studies cited by the City of Decatur, the average household income is approximately $82,000, and most of its residents are between 35 to 54 years old.

One of Decatur’s standout parks is the Glenlake Park. Some of the amenities the 17-acre park offers include basketball courts, tennis courts, a swimming pool, and trails for running, walking and biking.

Underwood Hills one of the best and safest neighborhoods in Atlanta, located in the west. It has a classy group of houses with great curb appeal, excellent schools, walkable areas, streets shaded by trees and easy access to 1-75, among others.

The neighborhood’s standout attraction is Underwood Hills Park. It offers a picnic area with grills, walking paths, basketball and tennis courts, a ball field and a wooden playground.

Not far from Peachtree Street, tucked between Buckhead and Virginia-Highland, is a safe area in Atlanta called Moningside. Just like its surrounding neighborhoods, Morningside was founded in the early 1930s. Today, it’s one of the most vibrant and safest neighborhoods in Atlanta.

There are many great schools, both public and private, in Morningside. The best examples include the Grady High School, Inman Middle School, Pace Academy, Immaculate Heart of Mary School, the Howard School and The Galloway School. 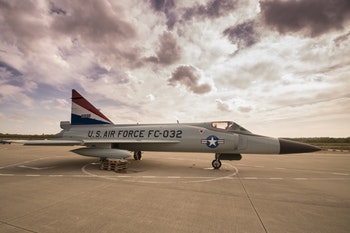 Cabbagetown is one of Atlanta’s neighborhood with a rich history. Located on the east side of the county, Cabbagetown’s local community is resilient, having overcome floods and tornados, large structure fires, gentrification and urban decay over the years.

While no one agrees on how the neighborhood got its name, no one can deny that Cabbagetown is a vibrant arts community that’s perfect for creative minds. Some of the place’s must-visits include:

Atlanta has neighborhoods that can compete with the best in the country. If you’re moving to Atlanta, the above-mentioned areas should definitely top your list.